Family Days out in Oxfordshire

From period dramas to playforts to crocodiles, there’s something to keep the whole family entertained in Oxfordshire this summer. To help make your visit that little bit easier to plan we thought we’d share two of our favourite family days out in Oxfordshire.

Cogges Manor Farm is set among 15 acres of beautiful grounds and consists of the manor house itself as well as several farm buildings, a walled garden, orchard and even a moat! The farm is considered a UK heritage site and features a wide range of things to do and places to explore.

On arrival you may find that you recognise parts of Cogges Manor Farm, especially if you’re a fan of the period drama Downton Abbey, as Cogges was used as the set for Yew Tree Farm. For a limited time, you can learn more about the farm’s place in the series through a display in the sitting room and you can even try on period-inspired clothes in the parlour. You can also explore some behind the scenes features through tablets found in the manor house and even go on Downton Abbey inspired historical tours!

t’s not all about period drama of course. There’s plenty more for everyone at Cogges Manor Farm. The farm features a wide range of animals for you to meet and feed, including pygmy goats, rabbits, guinea pigs and a miniature Shetland pony to name but a few! You can also explore the sheep fields as part of the on-site “welly walk” and go searching for badger setts in the manor grounds.

For kids there is the Cooges Castle; a wooden playfort with swings, wobbly bridges and even a zipwire and, for under 5s, there’s the minicogges soft play area. There’s also a great opportunity for the kids to get out and explore nature. The island and moat area offers a great opportunity for den making while the wooded grounds are filled with badger setts, bats and other wildlife to search for.

Alternatively, if goats and pony’s aren’t quite your thing, then why not visit the residents of the Crocodiles of the World zoo? Crocodiles of the World is the UK’s only dedicated crocodile and alligator zoo. Starting as a personal collection, the Zoo now offers you the chance to get up close and personal with some of the rarest animals on the planet. The zoo is home to 17 different species of crocodile and alligator, from the critically endangered Siamese Crocodile to the heavyset American Alligator.

There’s a lot more to Crocodiles of the World than just watching from a distance however. Three times a day you can see a feeding first hand and learn more about all the different varieties of croc as professional zoo handlers talk through the entire feeding process.

If you want to get even closer to the animals you can take the opportunity to hold a baby croc for a great photo opportunity. Crocodiles of the World even offers keeper experience packages for both adults and children – giving you the opportunity to work closely with zookeepers and get hands-on with feeding, preparing and cleaning around the zoo.

There’s plenty to see and do in Oxfordshire and we’ve covered just two of them! Hardwick Parks, with its central location near Witney, is a great place to set up camp for your next Oxfordshire adventure. 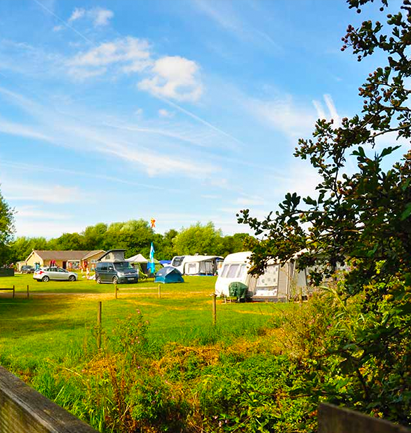